THIS MONTH sees the latest BetaBasic newsletter, number 12. It is particularly worth reading, even if you do not own BetaBasic (though how you get hold of a copy is another matter!).

There is a long, interesting and detailed discussion of the author’s attempts to draw animated three-dimensional cubes on the Spectrum screen. The article highlights general programming procedures for carrying out complex processes in a simple manner, as well as giving a BetaBasic solution to the problem. There is also a clear description of printer ‘t’ and ‘b’ channels, for those having problems sending control codes to printers.

The Tech Tape is a compendium of useful BASIC and machine code routines, put together by CRASH readers and writers, aimed at everyone interested in Spectrum technicalities — there’s lots of interest, whether you’re a programmer, musician or user.

Programmers get ZIP2, a machine code BASIC compiler that can translate ZX BASIC to make it 200 times faster, and easy-to-use Turbo tape routines that let you LOAD AND SAVE headerless files at your choice of speed. The tape includes STAR BASE FOUR, a demonstration game that shows the speed of compiled code.

Also on the tape there’s ZIP BREAK, which lets you break into machine code programs, a clear new character set, and a routine that redirects BREAK and all ZX BASIC errors to your own error-trapping routine, helping you to produce reliable, professional 48K or 128K programs. 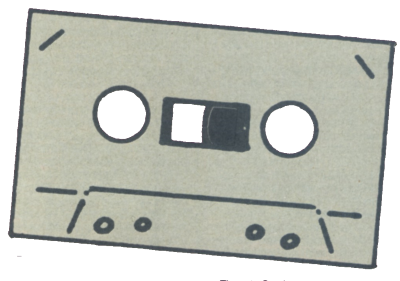 Apart from ZIP, all the routines can be stored anywhere in memory and easily configured to suit your system. Files are unprotected, with comments in the source code and 20 pages of detailed documentation supplied with each tape.

If you’ve got one of the cheap Serial 8056 printers IBM dumped onto the UK market a year or so ago, you need our relocatable screen COPY routine, which produces small or large (full-width) graphics screen shots from any Spectrum.

Multiface 1 owners can use ‘Three in One’ to run three different 16K BASIC or machine code programs on one 48K Spectrum, swapping between them at the press of the magic button!

The Tech Tape music routines are ideal for anyone with a Sampler or SpecDrum. The tape includes four excellent new percussion sounds, contributed by Cheetah Marketing, plus utilities to edit, hear and graph sampled sounds and convert SpecDrum samples to work with the RAM Music Machine.

There’s full source and object code for ZX-FX, a utility that turns ANY Spectrum sampler into a real-time sound processor, with on-screen metering and three distinct effects.

The Tech Tape is only available from CRASH, and supplies are limited — so order yours today!

FINALLY, THE PC Show has now been and gone. There was, unfortunately, little at the Show to interest technical Spectrum users this year — though there were many arcade games! The new Amstrad/Sinclair machine was on show, but this has nothing to offer Spectrum users. Hisoft were out in force, offering all their Spectrum and CP/M programs at discounted prices; Tasman software only had literature of their Spectrum products; and RAM Electronics were showing their hardware interfaces — including the DK’Tronics range. One representative on their stand spoke of the Spectrum +2A, which apparently is now on the market. This is, basically, a Spectrum +3 without a disk drive, and so is very incompatible with Spectrum hardware. If anyone has one of these machines, I would be very interested in hearing from them.

I also spoke to Alexander Goldscheider, director of Romantic Robot, about a version of Genie for Spectrum +3. They seem to think there is no market for such a product — please write in if you disagree, as I for one would like to see it available. Alex also mentioned that Ro-Ro have little more to produce for the Spectrum — they are now concentrating more on the 16-bit market but spoke of the possibility of producing an 80-column card for the Spectrum display, but was dubious about the need. Come on Ro-Ro there’s loads of us Spectrum owners out here!

THIS MONTH I have finally received a copy of the Spectrum Programmer tape-magazine, Issue 3 (August), from Keiran Wood. The tape is put together by Keiran, apparently on his own, and deserves support from the more technically-minded readers out there — and anyone just wanting to learn more.

It won’t tell you anything about playing games, but it will broaden your Spectrum horizons. The style is generally clear, provided that the (occasional!) spelling mistake can be understood. The magazine (or at least Issue 3) is a single, massive load into any Spectrum. Once loaded sections are offered via a menu.The magazine’s contents are varied, including example programs with explanations (although these may not be detailed enough for complete beginners) as well as more general computer articles. In Issue 3, Keiran begins a discussion on Artificial Intelligence and has some interesting points to put over, too.

The magazine needs your support to continue both in buying copies and contributing letters, programs, etc. At the moment Keiran says that he has under 10 readers! (They must be older than that, Keiran.) But one issue, on tape, costs just one pound so write to Keiran. Specify which issue you would like a copy of (I am not sure if back issues are available).

Well that’s all for this month. Post permitting, IMBOS will be reviewed in exhaustive detail next month, plus a whole lot more for my fellow techies. In return for this marvelous, unparalleled service please send any useful hints and, of course, technical queries to me. Please remember, though, that due to the intense nature of my work (no, you can’t have a payrise! — Ed) I can’t make any personal replies. My address, until the pay rise, remains Ian Cull, Tech Niche, CRASH.