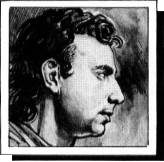 This month, the Motel guest list is swelled by the addition of Messrs White, Roberts and Kelly, each of whom gets the very individual attention of JON BATES...

OH gosh! The horror of it all. With only a few days to spare before the guests from CRASH arrive to see how our reviewing has gone, mother ruined my XRI interface. I put her in the fruit store out of the way while I frantically waited for the postman with a replacement. Fortunately it arrived in time so that when they sign the guest book they won’t suspect a thing. Anyway, lots to do so its back to the word processor for me.

Some time ago (issue 42) I looked at an FB01 voicing program that works with the XRI interface. Well the programmer, Martin White, has been busy again and has sent review copies of his efforts direct to the motel for down-to-earth appraisal.

First up is the DX100/21/27 editor program. Now I was a mite miffed that it didn’t give me any graphic editing — just a total list of the peripherals on-screen. Now this is fine and is, indeed, all you need if you have a pretty good knowledge of the workings of a DX synth but it’s a little daunting if you’re not too sure of which numbers to increase or decrease to change the sound. It has one or two other annoying habits, like every time you seek the help page it whizzes the cursor back to the top left hand corner. This is annoying at first but, like Pavlov’s dog experiment, you soon learn the commands necessary to avoid this.

The cursor is steered around with the arrow keys, and sound data is increased or decreased using ENTER or SPACE.

Comparisons are both odious and oderous (smart ass!) but I do feel that the DX 100 programmer from Quasar software was easier to manipulate with its graphic display, making it a bit more interesting and easier to get on with. It also compared favourably at the price (for a full report see issue 53 — last months’ in fact).

However, this program is a bit more specific when it comes to the library features, since it can hold up to four banks of sounds at any one time, throw them around and re-order them with consummate ease. This is, of course, a boon for any digital synth or tone module. The purpose of this may not be apparent but let me explain: you might think that having your favourite sounds on the top layer of a voice stack was just a mere luxury, but this is not so. The DX 100 and co. can only respond via MIDI to the voices that are in the uppermost bank. All the others can be called up from the lower layers of the ROM and RAM memory. But it is a tiresome task to put them in the correct order. If you wish to do voice changing via MIDI, say from another keyboard or sequencer, you’re a bit lumbered.

To have some sort of accord between the instrument it follows that the numeric order of the voices must match sonically. OK? They must blend in, comprendi? In short: YOU CAN’T HAVE VOICES THAT DON’T MIX ALLOTTED WITH THE SAME PROGRAM NUMER — IT WILL SOUND AWFUL.

Sorry: I got a bit excited. Back to the review...

The librarian lets you see all four banks of sound at once and swop them around to form whatever matching sound files you wish, most useful. To sum up, the DX 100 editor for the XRI interface is not a bad program. It’s very efficient and well thought out, but, always being one who wants everything, I would liked to have had a more visual approach.

Along with the librarian you get two banks of new voices to play around with. Send your pennies, all £29.95 of them, to XRI or Martin White. Martin also informs me that if you deal direct with him he will give you a discount.

And so onwards to the Casio end of the world. Steven Kelly has actually written a CZ voice editor. The embryonic package I reviewed works with the Interface One although you’ll need to look at the accompanying diagram to see how to wire it up. He was moved to write it after buying a similar commercial program (he doesn’t state which one!) and finding it reasonably unsatisfactory — slow to react and with only marginal display facilities. He claims that his program will store 160 voices, display all envelope and parameters at once, send voices to the synth in under 1/3 of a second — almost in ‘realtime’ — a sort facility for the voices that gathers all voices with a certain character string, plus clear, easy-to-read characters and graphs. My, my. Someone has been busy! Right. This calls for action. I’ll just nip over to the house and get my Casio and assorted gubbins and report back on the validity of his claims.

(Several hours later. ) Well, I’m pretty impressed. The editing is a pretty painless procedure since the package has a very clear screen laid out in the same format followed by the Casio Sound data books. Copying voices from printed data should therefore represent no problem. It has easy to follow on-screen instructions, although most of the commands require a word to be typed in, whereas a single letter would have been quicker when in mid-edit. It would also have helped if the editing commands were on-screen rather than on paper as it were.

The graphic display of the sound envelopes, although simple, is quite effective and on a flipscreen. Steven has also included 82 voices for your delight which can’t be bad.

My pre-launch version did have a habit of conking out for no good reason; I gave it a few commands that it didn’t understand and it didn’t seem to want to restart readily. If these are sorted out and a couple of ‘idiot proof’ routines put in then the program represents excellent value for money at the astounding price of only £3. (Thinks: that’s either two Big Macs, a ticket to the pictures, 10 packets of peanuts or two gin and tonics). It certainly is the cheapest product I’ve yet had to review and, as such. represents excellent value for money. Steven is also hoping to convert it for use with other interfaces.

When you open your post and find that it has loads of closely typed A4 paper you are taken aback. It makes a change from the usual gratuitous rubbish from the double glazing hawkers. Leafing through, I find that Mark Roberts from Dover has been at it again. That is to say he has been uncovering the secrets of yet another tone expander, and this time the specimen under the microscope is the MT32 from Roland. I haven’t the room to reprint it all here but owners or potential owners of this smart cookie read on.

The MT32 uses the same method of voice production as Roland’s D50 synth, which is now assuming legendary status and is about to join the ranks of ‘great synths of our time’ along with the DX7, Mini-Moog, and Prophet 5. It has 128 voices on board, the possibility for setting up 64 of your own, works on up to eight MIDI channels with separate and simultaneous voices for each channel, and is 32 note polyphonic in total when multi-timbral. It has sampled percussion on board, obviating the necessity for a drum machine. However, it is as inaccessible as the North Pole if it doesn’t have a friendly program to talk to. Even if you set up your own voices the memory sulks when you turn it off and refuses to remember anything (good joke, huh?). Mark’s very detailed information will tell you how to:

It’s all in ‘Z’ codes output from a 128. He doesn’t state a price for the 10 pages of info but if you work on a commercial photocopy costing 10p a sheet plus postage you will have a rough idea: about £1.25 should do it.

As usual, don’t send cash through the post. Unless otherwise specified, make cheques/POs payable directly to the person or firm in question. If you are silly enough to send it to CRASH Towers or the Bates Motel then you can expect an even longer wait.

Next month sees more software reviews, a few of your problems answered, plus the usual bits and pieces. Thanks for the mail and tapes; sorry I can’t reply personally to them but the most interesting always find their way into the column. Look forward to hearing from you at the usual address.