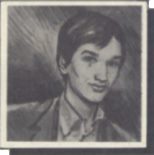 Despite the Xmas postal chaos, Brendon Kavanagh brings news of some new releases and an overview of Saturnalia — a game of quest, exploration and fantasy

Christmas is once more upon us, and now the dear old Post Office has upped its postal charges, it is time for the sorting office to hibernate for the winter. This is a cruel time of year for those trying to meet PBM deadlines, let alone keep on top in open ended games, for it takes noticeably longer for those crucial communications to get from A to B and back to A again. Fortunately, GMs are aware of the Chrimble postal delays and deadlines are deferred, allowing addicted PBMers to relax while trying to figure our where to replant this year’s Christmas tree...

Saturnalia is a low priced, open ended fantasy role playing PBM game run by Sloth Enterprises of Southampton. The game is set upon the mysterious landmass of Saturnalia which, with its varying climates and wonderous creatures, is something like a cross between Europe, Middle Earth, and CRASH Towers. Saturnalia has no really original features — in fact, as fantasy games go, it has little special about it at all. Having said that, Saturnalia fans certainly enjoy their escapades in this game.

Religion and Magic are two very important parts of this game. Your character is recommended to follow one of the land’s fourteen not-so-mythical Gods and Goddesses. Following each God has its pros and cons: believing in the Weather God, Somol, may give you fine travelling conditions, but this doesn’t help you very much against Destu, God of Darkness! Your choice of religion influences your character’s ability to learn various types of spells, so a careful choice of religion proves to be very important if you intend to use a lot of magic in your game, since your character may learn only a limited number of these spells.

Economics only enters Saturnalia in the crude form of Supply and Demand influencing artefact values. Money exists in various tenders, and is (of course) very valuable — some finance is required to buy tools, food and weaponry for yourself.

When you join Saturnalia you are asked to design your character. The first stage of this process is to distribute 250 Ability Points among your character’s five abilities (combat, magical, vitality, scouting and perception). The higher the weighting, the greater the ability — simple! The second stage is to describe your character’s appearance, habits, trade, family background and so on. As the game progresses, all of these variables change. Ability points rise and fall with use/abuse, and your character’s description changes, should he (for example) turn away from being a merchant to being a thief. A sixth numerical rating exists for your character — Fame. This fluctuates as you do good or bad deeds of varying degrees, and this is a true reflection of your character’s honour and compassion!

As in most games, Saturnalia features a hexed landscape (with about ten terrain types), an efficient movement system, and a GM-controlled combat method (for which the GM uses such variables as relative abilities, magic, terrain suitabilities, and so on). Saturnalia is a simple but enjoyable game to play. Sloth Enterprises have run this multi-player game successfully for nearly two years now without any major problems that immediately spring to mind. Start up costs £5.00; this fee also includes the rules and your first five turns. Each turn costs £1.25 thereafter and there are no hidden charges. If you enjoy role playing games, you may well enjoy Saturnalia.